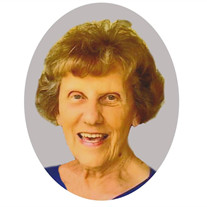 Alma L. Miller, age 86 of Batesville, died Friday, January 10, 2020 at the Waters of Batesville. Born December 17, 1933 in Batesville, she was the daughter of Cora (Nee: Engle) and George Bloemer. She married Earl (Hooker) Miller January 18, 1964 at St. Louis Church and he preceded her in death August 16, 2018. She was a member of St. Louis Church, the Daughters of Isabella and the Prell-Bland American Legion Ladies Auxiliary. She worked at the local Sears Roebuck catalog store in the early 1970’s and then worked in Customer service at Hill-Rom until her retirement in 1995. Music was an important part of Alma’s life. She was a member of the St. Louis Choir for nearly 30 years. She also sang with the Batesville Ecumenical Choir, for other special events and went caroling with various groups during the Christmas season. Those choir members became like a second family to her, attending weddings, birthdays and family functions of the other members and their children. She loved going to the park to listen to the Eureka Band, the Symphony in the Park and other musical events hosted by the Rural Alliance for Arts. As an avid bowler, Alma belonged to a number of leagues throughout the years. She was still bowling twice weekly in leagues at the age of 79! Spending time with family was Alma’s greatest passion. She enjoyed getting together and keeping in touch with extended family especially her nieces and nephews. During family holiday parties, she loved playing the piano and having family sing-a-longs. As a grandparent, she happily attended all her grandchildren’s events, functions and extracurricular activities. Alma had a soft spot for dogs and considered them part of the family too. According to her kids, all her dogs grew pudgy, as she showed her love by sharing cookies and other treats with them. In her later years her furry friends brought much comfort to her as her abilities declined. Alma is survived by her daughter and son-in-law Ann and Rob Edwards; son Jim Miller, all of Batesville; grandchildren Justin Edwards of Nashville, Tennessee, Lindsay (Chad) Konradi of Indianapolis; great grandson Caleb Konradi and would have welcomed a great granddaughter to the family in March. In addition to her husband and parents, she is also preceded in death by sisters Rosemary Stehlin, Georgann Flory and brother Raymond (Boz) Bloemer. Visitation is Thursday, January 16th, from 4 – 7 p.m. at the funeral home with a prayer service conducted by the Daughters of Isabella at 4 p.m. Funeral services are 10 a.m. Friday, January 17th at St. Louis Church with burial in the church cemetery. In lieu of flowers the family requests memorials to Margaret Mary Health Foundation Hospice or the Batesville Area Arts Council.

The family of Alma L. Miller created this Life Tributes page to make it easy to share your memories.

Send flowers to the Miller family.