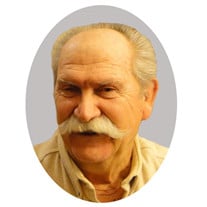 Charles P. Holtel, age 85 of Hamburg, died Monday, July 12, 2021 at his home. Born April 10, 1936 in Franklin County Indiana, he is the son of Theresa (Nee: Bedel) and Leo Holtel. He worked in the sanding and spraying department at Batesville Casket Company and retired as a long-time foreman after 46 years. Charley served six years in the Army National Guard and achieved the rank of Sergeant (E-5) and was a member of Holy Family Church, Whitewater Valley Land Trust, Batesville Fire Association, National Trappers Association, National Cooners Association and a life member of the NRA. Charley was an avid outdoorsman, sportsman and woodworker. He was a licensed taxidermist and had mounted many game animals through the years, especially deer. He loved to hunt raccoons, deer, rabbit and squirrel. He also trapped muskrats, minks, coyotes, and beaver as well as fishing for blue gill, crappie and bass. When the suckers were riffling down at Salt Creek, Charley would often be found there trying to snare them. He owned and trained many coon dogs through the years, usually Black and Tans, but some Walkers and Blue Ticks too. Charley had a shop in his basement where he enjoyed making furniture, cedar chests and jewelry boxes. He would put out a large garden each year, along with a strawberry patch and tended to his many fruit trees and grape vines. He liked to eat, especially the game and fish that he harvested. Although he hated cheese, Charley had a sweet tooth with a weakness for cherry pies, ice cream and cookies. Charley had about 27 acres of land that he loved to tinker on, whether it was planting crops or cutting wood. He really enjoyed spending time there. Most importantly, he loved spending time with his nieces and nephews. He would always stop whatever he was doing to help, whether it was - sight in a rifle scope, weld a broken part, go fishing or whatever else he could help out with. He was a truly a GREAT uncle! He is survived by his sisters Rose Weigel of Batesville, Catherine “Katie” Holtel of Hamburg; brother-in-law Glen Personett of Lake Placid, Florida and numerous nieces, nephews, great nieces and great nephews. In addition to his parents, he is also preceded in death by his sisters Theresa Greiwe, Rita Grote, Marie Meehan, Clara Schwering, Alma Personett, brothers Leo Holtel, Frank Holtel; brothers-in-law Leon Weigel, Al Greiwe, Ray Grote, Chris Meehan, Tom Schwering; nephew Albert Grote and niece Brenda Zurline. Visitation is Friday, July 16th, from 4 – 7 p.m. at the Weigel Funeral Home. Funeral services are 10 a.m. Saturday, July 17th at Holy Family Church with Rev. Carl Langenderfer officiating. Burial will be in St. Anne’s Cemetery with military rites conducted by the Ripley Co. V.F.W. Post #3183 and the Prell-Bland American Legion Post #271. The family requests memorials to the Covenant House (461 Eight Ave, New York, New York, 10001) or the Margaret Mary Health Foundation Hospice.

Charles P. Holtel, age 85 of Hamburg, died Monday, July 12, 2021 at his home. Born April 10, 1936 in Franklin County Indiana, he is the son of Theresa (Nee: Bedel) and Leo Holtel. He worked in the sanding and spraying department at Batesville... View Obituary & Service Information

The family of Charles P. Holtel created this Life Tributes page to make it easy to share your memories.

Send flowers to the Holtel family.