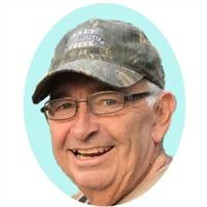 Daniel R. Tekulve, age 71 of Oldenburg, died Saturday, April 22, 2017 at his home.  Born March 30, 1946 in Batesville, he is the son of Clara (Nee: Holtel) and Arnold Tekulve.  He married Cheryl Lamppert September 8, 1973 at Holy Family Church in Oldenburg.  He served in the army during the Vietnam War.  A design engineer, Dan worked 10 years at Hill-Rom, 23 years at Wood-Mizer and was founder and President of Med-Mizer, starting the company in 2004. A devout man, faith was important to him.  Dan attended Mass daily, prayed the rosary daily and each year led the rosary during the Corpus Christi procession at Holy Family.  A huge Bengals fan, he’s been a season ticket holder since 1969 and attended both Super Bowls they played in at Detroit and Miami.  Although he owned Cricket Ridge Golf Course and Restaurant, his family teased that he wasn’t the greatest golfer, even though he played at least three times a week.  Many nights you would find him at the restaurant, sitting with friends watching Jeopardy and Wheel of Fortune.  A staple at Oldenburg’s Freudenfest, he was known for passing out flashing pins and each year purchased a pie during the pie auction to support the event.  He also enjoyed Jeep rides with the top off and visiting the Tiki Hut bar whenever he was in Hilton Head, South Carolina.  In his younger years,  Saturday nights were spent playing 500, which in recent years was replaced by poker night with his boys or friends.    His two biggest passions were time with his grandkids and spending a couple of evenings during the week and usually Sunday’s at the lake house in Hamburg during the summer months. Dan is survived by his wife Cheryl; sons Josh (Hollie) of Whiteland, Indiana, Ryan (Sarah) of Batesville, Dusty (Kate)and Kyle (Erin), both of Oldenburg; brothers Tom of Batesville, Mike of Oldenburg and eight grandchildren.  In addition to his parents, he is also preceded in death by his infant son James. Visitation is Wednesday, April 26th, from 4 – 7 p.m. at the funeral home with a rosary service at 4 p.m.  Funeral services are 10 a.m. Thursday, April 27th, at Holy Family Church with Rev. David Kobak O.F.M. officiating.  Burial will follow in the church cemetery with military graveside rites conducted by the Batesville V.F.W. Post #3183 and the Prell-Bland American Legion Post #271.  The family requests memorials to the Holy Family Capital Building Fund.

The family of Daniel R. Tekulve created this Life Tributes page to make it easy to share your memories.

Send flowers to the Tekulve family.