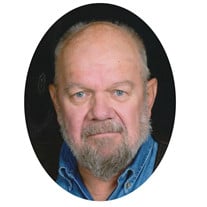 Dennis L. Shadday, age 72 of Batesville, died Thursday, September 26, 2019 at Margaret Mary Health. Born May 28, 1947 in Milan, Indiana, he is the son of Martha (Nee: Sandifer) and Kenneth Shadday. He married Sheila Schutte June 3, 1995 in Batesville. Dennis served in the Army during the Vietnam war and was a union heavy equipment operator for Nelson Starks Company before retiring in 2009. Dennis liked anything with wheels and engine. A long time Harley owner, he also drag raced for many years and could usually be found in the garage working on an engine. He was a fan of NASCAR’s Dale Earnhardt too. His family teased that he liked a to eat, as well as relaxing in his easy chair and watching Netflix, especially westerns. Dennis also possessed a unique laugh that made him easily identifiable. He loved his grandchildren, who affectionately called him “grumpy” instead of grandpa. He is survived by his wife Sheila; daughters Miranda and Brittany Shadday, both of Batesville; sons Jared Shadday of Batesville, Ira and Elliot Shadday, both of Missouri; brother Richard Shadday of Rexville, Indiana and grandchildren Kenneth, Justin, Dylan, Brandon, Emma, Adriana, Serena, Veda, Courtney, Toria, Eleora, Branson, Emery and Trevor. In addition to his parents, he is also preceded in death by his daughter-in-law Amanda Shadday. Visitation is Tuesday, October 1st, from 4 – 7 p.m. at the funeral home. Funeral services are 10 a.m. Wednesday, October 2nd at St. Louis Church. Burial will follow in the church cemetery with military graveside rites conducted by the Ripley County V.F.W. Post #3183 and the Prell-Bland American Legion Post #271. Memorials may be made to the family to assist with expenses.

The family of Dennis L. Shadday created this Life Tributes page to make it easy to share your memories.

Send flowers to the Shadday family.