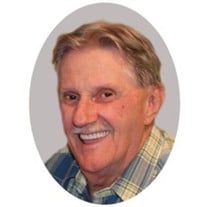 Ernest F. Combs, age 73 of Metamora, died Wednesday, December 27, 2017 at Jewish Hospital in Cincinnati.  Born August 1, 1944 in Cincinnati, he is the son of Edith (Nee: Garrett) and Dewey Combs.  His mother died when he was very young and was raised by his stepmother Eula Taylor.  He married Sandra Hericks February 10, 1973 in Newport, Kentucky.  Ernie served in the Air Force during the Vietnam War and after the service worked 35 years as a chemical processor for the Cognis Corporation (formerly Emery Industries) before retiring in 2003.       Ernie had many interests.  He had a love for the outdoors and was an avid fisherman. Sandy joked that when they were dating, he always had a pole in the car and many a date would end up at a one of his favorite fishing spots.  He enjoyed photography and spending time outside capturing nature stills as well.  Ernie was one of those people that never met a stranger and was happy to give you his opinion on any subject.  Those who knew him well would affectionately say, “Look out, here comes trouble.”  He was very proud of his military service and even prouder of his grandkids.  He treasured spending time with them.  According to his family, Ernie was a good cook and after retiring, he liked watching cooking shows on T.V. and then making those dishes for his family.  Apparently though, he had a reputation for being a slow driver.  Once a family member asked after hearing he’d run into a deer, “Did he hit it hard enough to tip it over?”   Ernie is survived by his wife Sandy; daughter and son-in-law Kim and Frank Lecher of Batesville; sister Loretta Metz of Cincinnati; grandchildren Russell, Nolan, Winston, Sophia and Hazel Lecher as well as three nieces and one nephew.  He is preceded in death by his parents and stepmother.   Visitation is Tuesday, January 2nd, from 4 – 6 p.m. at the funeral home.  Funeral services follow at 6:30 p.m. with the Rev. Mike Holman officiating.  Afterwards military honors will be conducted by the Batesville V.F.W. Post #3183 and the Prell-Bland American Legion Post #271 in front of the funeral home.  It was Ernie’s wishes that following services he be cremated.

Ernest F. Combs, age 73 of Metamora, died Wednesday, December 27, 2017 at Jewish Hospital in Cincinnati.  Born August 1, 1944 in Cincinnati, he is the son of Edith (Nee: Garrett) and Dewey Combs.  His mother died when he was very young and was... View Obituary & Service Information

The family of Ernest F. Combs created this Life Tributes page to make it easy to share your memories.

Send flowers to the Combs family.