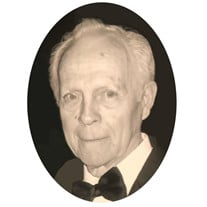 Francis W. Telles, age 91 of Batesville, died Friday, July 31, 2020 at St. Andrews Health Campus. Born October 5, 1928 in Batesville, he is the son of Rose (Nee: Lampe) and Jacob Telles. He married Mary Jane Wilhelm Thanksgiving Day November 25, 1965 at St. Joseph Church in St. Leon, Indiana. Fran served in the Army during the Korean War and was a member of the Ripley Co. V.F.W. Post #3083, the Prell-Bland American Legion Post #271, and St. Louis Church. His family already misses his shrewd sense of humor and the quiet consideration he had for those around him. The bountiful flower and vegetable gardens he so loved to nurture will never be the same. Owner of Telles Barber Shop, Fran was a hard-working man to the end, retiring in 2013 after sixty-nine years of “buzzes and comb overs.” Thus ended 108 years of Telles barbering in Batesville, his father having opened the barbershop in 1905. An enthusiastic and talented athlete, Fran made time to enjoy fishing and golf. He had been an avid baseball player in his younger years, boasting a famous uncatchable and unhittable knuckleball. He loved the game of basketball as well, having played through high school. Family folklore suggests he once offered Bob Knight coaching advice at an open practice in Bloomington. It is, however, a hard fact that a Sports Illustrated writer in 1997 consulted the regulars at Telles Barber Shop for their input when the publication featured a story on Indiana high school basketball. Fran coached Little League Baseball and the Biddi Basketball League (as well as serving as league President) with great success in his later years. More recently, Fran had taken to the sidelines enjoying his grandchildren in their various sports. He is survived by his wife Mary Jane; daughter Becky (Bob) Brown of Milroy, Indiana; sons Gary (Diana) Telles of West Chester, Ohio, Ted (fiancé Erin Gates) Telles of Batesville, Scott (Gina) Telles of Tucson, Arizona, Mark (Becky) Telles of Indianapolis, Tim (Olivia) Telles of Louisville, Kentucky; sister Carolyn Robinson of Indianapolis; brother Jim Telles of Cincinnati, Ohio and 13 grandchildren. In addition to his parents, he is also preceded in death by his sister Maggie Voegele; brother Paul Telles; half-sisters Adeline Mott, Florence Lewis, Mildred Pritchard, Gertrude Gillespie, Mary Wolf, and half-brother Rev. Jordan Telles. Visitation is Tuesday, August 4th, from 10 a.m. – 1 p.m. at the funeral home. Funeral services follow at 1:30 p.m. at St. Louis Church with Rev. Stan Pondo officiating. Burial will follow in the church cemetery with military rites conducted by the Batesville V.F.W. and the Prell-Bland American Legion. The family requests memorials to St. Louis School or Oldenburg Academy. The current Governor’s mandate requires all attendees wear a facemask and observe physical distancing. The mask must cover the individual’s nose and mouth at all times.

The family of Fran Telles created this Life Tributes page to make it easy to share your memories.

Send flowers to the Telles family.