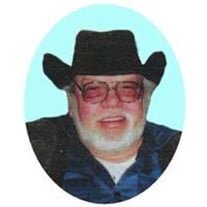 Frank J. Simmermeyer, age 79 of Brookville, died Monday, March 7, 2016 at Christ Hospital in Cincinnati. Born June 20, 1936 in Franklin Co. Indiana, he is the son of Anna (Nee: Brandes) and Valentine (Jack) Simmermeyer. He married Alma Grunkemeyer October 19, 1968 at St. Mary's of the Rock Church where he was a lifetime member. He served in the army and after the service would farm and run Simmermeyer Trucking for over 50 years. Frank loved being outdoors. He could lose himself out in the woods, taking in nature or mushroom hunting. Between the farm and the trucking business, he became a very capable mechanic. The family teased that dad liked the back and forth of buying and selling. Apparently when going to purchase a car for one of the kids, he ended up striking a deal for six of them, selling the other five for a profit. They also indicated he was a meat and potatoes guy with a weakness for pie. Other interests included playing chess and solo, was an avid reader and liked westerns. By all accounts, he was quite a story teller and enjoyed making people laugh. Most important to him was time spent with family and joy of having his grandchildren around. Frank is survived by his wife Alma; daughters Laura (Bryon) Huber, Mary Lou (Jeff) Middendorf, both of Brookville; sons John (Lisa) Simmermeyer of Batesville, Stephen (Laura Merkel) Simmermeyer of Brookville; sisters Jacqueline Armbruster of Aurora, Indiana, Melly Allgeier of Greensburg, Indiana, Rose Weisenbach of Morris, Indiana, Martha Simmermeyer and Barbara Lecher, both of Batesville, as well as nine grandchildren. In addition to his parents, he is also preceded in death by his sister Doris Doll. Visitation is Thursday, March 10th, from 4 - 7 p.m. at the funeral home. Funeral services are 10 a.m. Friday, March 11th, at St. Mary's of the Rock Church with Rev. David Kobak O.F.M. officiating. Burial will follow in the church cemetery with military honors conducted by the Batesville V.F.W. Post #3183 and Prell-Bland American Legion Post #271. The family requests memorials to the St. Mary's Preservation Fund and can be sent to the family or the funeral home.

The family of Frank J. Simmermeyer created this Life Tributes page to make it easy to share your memories.

Send flowers to the Simmermeyer family.