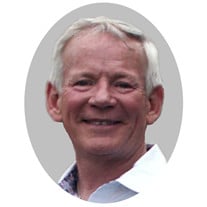 James Orlyn Knisley - Jim, Jimmy, Dad, Grandpa, Uncle - left us far too soon, on March 6, 2022, at the age of 63. He was joined in death by his beloved wife, Marysue Knisley (née Luhring). He is survived by his four children, Jason (Kati) Knisley, Stephanie Holzback, Nicole (Robert) Dunn, and Melissa Knisley and their mother, Patricia Knisley (née Jones); Marysue’s daughter, Kirstin Krause; treasured grandchildren, Haylee, Isaiah, Isaac, Adelyn, Jackson, Colin, Leo, and Connor; as well as brothers Timothy (Vicki) Knisley and Joseph (Brandy) Knisley, many nieces and nephews, and friends dating back to childhood. He was preceded in death by his parents, Earl and Mildred Knisley (née Coil). A true Renaissance man, he could build, fix, cook, or problem-solve anything. He was nearing retirement from a successful IT career, but the jobs that filled his soul were ones of bravery and service, first in the U.S. Navy and later as a paramedic/EMT and firefighter. This Memorial Day Weekend would have been his 25th in the fire pit crew at the Indianapolis Motor Speedway. Our dad threw himself fully and enthusiastically into life, at the tops of mountains, across the country on motorcycles, and on the water as often as possible. He was equally at home in a luxury resort as he was in a deer stand, a man who showed up at a fancy steakhouse for Christmas dinner wearing a neon blue, holiday-print suit to amuse his family (and himself). An Eagle Scout, surfer, snowboarder, runner, bicyclist, and pilot, he was up for anything and never failed find the best gear in which to do it. He may have been happiest, though, kicked back on a patio with a bourbon and a cigar, with laughter, a Blackhawks game, or 80s hair band music serving as a soundtrack to a life well lived. His wishes were to be cremated. The family will receive friends Thursday, March 17th, from 4 – 7 p.m. at the funeral home. Following visitation on Thursday, please join the family at the Sherman for a celebration of Jim and Marysue’s lives. Funeral services will be held 10 a.m. Friday, March 18th at St. Louis Church with Rev. Stan Pondo officiating. In lieu of flowers, contributions can be made in his memory to Take a Kid Fishing, Inc., a South Florida nonprofit organization with a mission to enhance the lives of underprivileged and fatherless kids through mentored-focused fishing excursions.

James Orlyn Knisley - Jim, Jimmy, Dad, Grandpa, Uncle - left us far too soon, on March 6, 2022, at the age of 63. He was joined in death by his beloved wife, Marysue Knisley (née Luhring). He is survived by his four children, Jason (Kati)... View Obituary & Service Information

The family of James O. Knisley created this Life Tributes page to make it easy to share your memories.

Send flowers to the Knisley family.