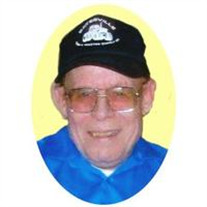 Jimmie E. Widener, age 68 of Batesville, died Friday, October 14, 2016 at his residence. Born June 12, 1948 in Dearborn County Indiana, he is the son of Lucy Mae (Nee: Anderson) and Kermit Widener. He married Sally Michel June 16, 1968 at Batesville United Methodist Church. Jim was in charge of maintenance for the Batesville School Corporation, retiring in 2010 after 30 years. He was a member of the Batesville Eagles Aerie #1130, Sons of the American Legion and the V.F.W. Men’s Auxiliary. Jim enjoyed being with friends, whether that was at the Eagles Club to share a cold beer or Sunday at the Legion Post for cards. He liked going fishing and raising a garden to share with family and friends until recently when his health prevented it. His family indicated chili was a favorite meal, that he had a weakness for peanut butter cookies, loved westerns and was a good carpenter who could fix anything in addition to doing woodworking. Jim is survived by his wife Sally; daughter Rose Widener of Nashville, Tennessee; son Jim Widener of Batesville; sisters Dianna Carter of Lawrenceburg, Indiana, Nellie Lageman of Moores Hill, Indiana, Donna Simpson of Sunman, Indiana, Betty Short of Moores Hill, Indiana, Jeannette Brock of Lawrenceburg, Indiana; brothers Terry and Harold Widener, both of Rising Sun, Indiana; half brothers David and Paul Hess Jr., both of Batesville and grandchildren Nick, Cortney and Parker Widener. He is preceded in death by his parents and by his brother Ronald. Visitation is Friday, October 21st, from 4 – 7 p.m. at the funeral home. Funeral services follow at 7 p.m. After services, Jim’s wishes were to be cremated. The family requests memorials to Southeastern Indiana Ballet or Phi Beta Psi Sorority Cancer Research.

The family of Jimmie E. Widener created this Life Tributes page to make it easy to share your memories.

Send flowers to the Widener family.