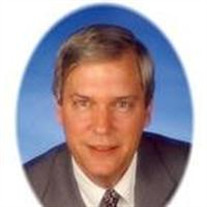 John M. Sharer, age 63 of Batesville, died Thursday, June 11, 2009, at Margaret Mary Hospital in Batesville. Born October 9, 1945 in Evansville, Indiana, he is the son of Martha (Nee: Wimmsatt) and Carl Sharer. He married Diane Wendholt January 11, 1964 in Ferdinand, Indiana. He was an engineer at the Hill-Rom Company for 40 years before retiring earlier this year and was a member of the Batesville Eagles Aerie #1130 as well as St. Louis Church.John was a dedicated, hard working individual. In his free time his interests were varied and without question golfing was at the top of that list. He was also an avid movie buff with a DVD collection that his family estimates at around 1,500. A racing fan, he has been attending the Indianapolis 500 and the Brickyard 400 for many years. He also enjoyed music and his tastes were wide-ranging from country to the 50’s to John Mellencamp. His children teased him of being particular about how the yard looked, “but you’d never know it by looking at it.” Being an engineer, he was an exceptional “do it yourselfer” and could fix most anything around the house. He is survived by his wife Diane; daughter Tara Kaufman of Bloomington, Indiana; sons John of Jasper, Indiana, Todd of Pittsboro, Indiana; mother Martha Sharer of Selma, North Carolina: sister Janet Gates of Long Star, Texas; brothers Jim of Highland, California, Don of Micro, North Carolina and three grandchildren. He is preceded in death by his father. Visitation is Monday, June 15th, from 4-8 p.m. at the funeral home. Funeral services are 10 a.m., Tuesday, June 16th, at St. Louis Church with Rev. Dennis Duvelius officiating. Burial will be in the church cemetery. The family requests memorials to the American Diabetes Association or the Batesville Public Library

The family of John M. Sharer created this Life Tributes page to make it easy to share your memories.

Send flowers to the Sharer family.