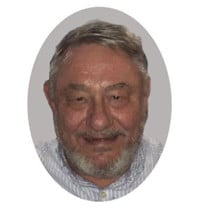 Kenneth E. Mehlbauer, age 67 of Morris, died Tuesday, November 17, 2020 at Christ Hospital in Cincinnati. Born August 31, 1953 in Owensboro, Kentucky, he is the son of Adeline (Nee: Bethel) and Clemeth Mehlbauer. Ken was an electronics technician at the Office Shop for nearly 40 years. During much of his life, he was an avid deer hunter and fisherman. Greg remembers several trips he took with his dad fishing in Canada when he was younger. Later in life, when the grandkids came, Ken fished and hunted less, preferring to spend time with them and attending their activities. He is survived by his son and daughter-in-law Greg and Shavonne of Metamora; sisters Sharon (Ryan) Fuller of Adairville, Kentucky, Pat Hamilton, Liz Frey, Donna Mehlbauer, Rosie (Terry) Stepp, Teresa (Gary) Taucher, all of Owensboro, Kentucky; brothers Larry (Lavonne) of Louisville, Kentucky, Tony (Sandy), and Danny (Lynn), all of Owensboro, Kentucky and grandchildren Rhyan and Mason Mehlbauer. In addition to his parents, he is also preceded in death by his grandson Aiden and brother Charles. Visitation is Friday, November 20th, from 9 – 11 a.m. at the funeral home. Funeral services follow at 11 a.m. with Rev. Jonathan Meyer officiating. The current Governor’s mandate requires all attendees wear a facemask and observe physical distancing. The mask must cover the individual’s nose and mouth at all times. The service will be live-streamed for those wishing not to attend in person. On Ken’s obituary page at www.weigelfh.com, click on the link titled “Photos and Videos” and then click the arrow to open it. Following services, Ken wishes were to be cremated. The family requests memorials to Phi Beta Psi Sorority Cancer Research.

The family of Kenneth E. Mehlbauer created this Life Tributes page to make it easy to share your memories.

Send flowers to the Mehlbauer family.