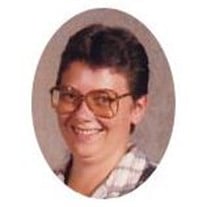 Linda S. Piepmeier, age 62 of Aurora, died Tuesday, August 28, 2018. Born May 4, 1956 in Batesville, she is the daughter of Norma Jean (Nee: Yates) and Wallace Piepmeier. She was a security guard for the Cincinnati Children’s Hospital and the Public Library of Cincinnati and Hamilton County. Her family described Linda a true people person. Friendly, with a warm smile, she was one of those people that never met a stranger. She also had a soft spot for animals and dearly loved her dogs and cats, followed the Bengals and played the drums as well. After her health began to limit her mobility, Linda became a huge fan of the old movies on the cable channel American Movie Classics (AMC). She is survived by her father Wallace Piepmeier of Lawrenceburg, Indiana; brothers Chuck (Darla) Piepmeier of Aurora, Indiana, John Piepmeier of Port Charlotte, Florida; niece Annetta Parks of Aurora, Indiana; nephews Jason Piepmeier of Plantation Florida, Scott Piepmeier of Boca Raton, Florida; great niece Shelby of Harrison, Ohio and great nephews Cody of Harrison, Ohio, Montanna of Williamsburg, Kentucky and Wyatt of Aurora, Indiana. She is preceded in death by her mother Norma Jean. Linda’s wishes were to be cremated. A graveside service will be held 10 a.m. Saturday, September 1st, at St. Louis Cemetery with Rev. Stan Pondo officiating. Memorials may be made to the American Cancer Society or Our Hospice of South Central Indiana.

Linda S. Piepmeier, age 62 of Aurora, died Tuesday, August 28, 2018. Born May 4, 1956 in Batesville, she is the daughter of Norma Jean (Nee: Yates) and Wallace Piepmeier. She was a security guard for the Cincinnati Children&#8217;s Hospital... View Obituary & Service Information

The family of Linda S. Piepmeier created this Life Tributes page to make it easy to share your memories.

Send flowers to the Piepmeier family.