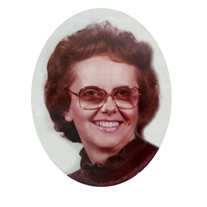 Luella Rousey, age 72 of Batesville, died Wednesday, July 11, 2018 at Highpoint Health in Lawrenceburg. Born January 13, 1946 in Dearborn County Indiana, she is the daughter of Nancy (Nee: Burns) and Clendus Massett. She married Charles “Al” Rousey December 3, 1983 in Greensburg and he preceded her in death October 22, 2009. She worked as an assembler 37 years at Hill-Rom before retiring in 2008. Family was everything to Luella. She loved spending time with her children and grandchildren, going to eat with them and the frequent phone calls. She and Al were able to travel quite a bit and although they saw a lot of the country, Luella preferred the trips that took them out west. Her family teased that she had a few quirky traits that made them laugh. A clean freak, her house was immaculate. Inside was always spotless and outside the trees, shrubs and lawn were well manicured. Also, Luella apparently loved coupons and singer George Jones as well. She is survived by her daughter Bobbi Jo Herbert-James of Lawrenceburg; grandchildren Christopher (Amber) Herbert of Lawrenceburg, Joshua Herbert of Northgate, Ohio, Jeremy Herbert of Lawrenceburg; great grandchildren Emily Herbert, Hunter and Kale Waldon, Aubrielle Jones, Diem Herbert, Tristyn Herbert and sister Shirley Burns of Ft. Wayne. In addition to her husband and parents, she is also preceded in death by her son Edward Lunsford and brothers Floyd, Robert, Louis, John and Alan Massett. Luella’s wishes were to be cremated. A private inurnment service will be held at the Gibson Cemetery in Bright.

The family of Luella Rousey created this Life Tributes page to make it easy to share your memories.

Send flowers to the Rousey family.