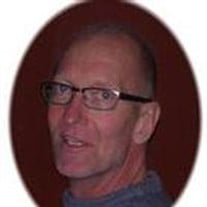 Malcolm N. “Mac” Werner, age 49 of Lexington, Kentucky and formerly of Batesville, died Saturday, March 5, 2011 at St. Vincent’s Hospice in Indianapolis. Born June 14, 1961 in Batesville, he is the son of Marcia (Nee: Prickel) and Jacob Werner. He was a researcher of social behavior in the I-Win program for the University of Kentucky. The word best used to describe Mac was “active.” To label him an outdoor enthusiast would be an understatement. He spent a lifetime exploring the world climbing, hiking, canoeing, kayaking, running and biking. It started as a youth in Batesville where he excelled at swimming and still holds most of Batesville High School’s records. College years added running and biking to the swimming which naturally led him to compete in triathlons. Post college years brought an interest in the hiking, climbing, canoeing and kayaking. These pursuits led him to become involved with Buckhorn Wilderness Camp for troubled youth in Eastern Kentucky as an instructor. Described by family and friends as “the greatest” - he had the type of personality which people just naturally gravitated toward. His interests weren’t limited to outdoors either. For many years he was co-owner and chef of Jake’s Restaurant in Fairfield Ohio. He obviously loved cooking, though not one to stick to the recipe. He often strayed from the ingredient list preferring to experiment with different flavors and spices or substitute ingredients to what he had on hand rather than running out for items he didn’t have. He also liked eating out and trying new restaurants. Being an avid reader didn’t leave much time for T.V., but he did watch Wheel of Fortune and Jeopardy as well as home improvement programs. He also dearly loved his pet dog Putnam he had adopted.He is survived by his mother Marcia; sister Michelle Meer, both of Indianapolis; brothers Melvin of Salisbury, North Carolina, Myron of Mooresville, North Carolina and numerous nieces and nephews. He is preceded in death by his father Jacob. A memorial mass will be held 11 a.m. Saturday, March 12th at St. Louis Church in Batesville. Following church services, lunch and a celebration of life for Mac will be held at the Knights of Columbus hall. A memorial mass will also be held at 1 p.m. Saturday, March 19th at Christ the King Cathedral in Lexington. Memorials are requested to University of Cincinnati Brain Cancer Tumor Center, University of Kentucky Markey Cancer Center or Wilderness Inquiry.

The family of Malcolm M. "Mac" Werner created this Life Tributes page to make it easy to share your memories.