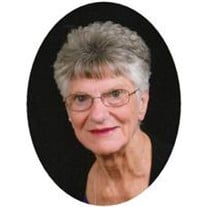 Marcia L. Werner, age 79 of Indianapolis and formerly of Batesville, died Sunday, July 3, 2016 in Indianapolis. Born February 6, 1937 in Batesville, she is the daughter of Matilda (Nee: Zillebuehler) and Nicholas Prickel. She married Jacob Werner October 5, 1957 at St. Anthony's Church in Morris, Indiana and he preceded her in death March 27, 2007. She was a homemaker and a former member of the Phi Beta Psi Sorority. Marcia's faith was important to her and evident in all aspects of her life. A member of St. Monica's Church in Indianapolis, she generously supported their food pantry. She was passionate about her family and close friends, which meant hello's and goodbye's required a hug and a kiss. She also earned the nickname "the card lady" as she would send cards to all for holidays and to celebrate special days. An avid sports fan, Marcia followed the Bengals, Colts, Notre Dame, Indians and Reds and was a member of the Rosie Reds since 1973. She especially loved watching basketball as well as The Wheel of Fortune and Jeopardy. An exceptional cook and baker, her family will miss Marcia's butterscotch pies and her cheesecake. She is survived by her daughter and son-in-law Michelle and Chuck Meer of Indianapolis; sons and daughter-in-law Melvin Werner of Spain, Myron and Laurie Werner of Mooresville, North Carolina; brother Mark Prickel of Morris, Indiana; sister-in-law Sylvia Prickel of Red Lion, Pennsylvania; brother-in-law Tom Metz of Connersville, Indiana; nine grandchildren and one great grandchild. In addition to her husband and parents, she is also preceded in death by her son Malcolm (Mac) Werner; sisters Mary Luke Prickel, Connie Metz and brothers John and Jerome (Bud) Prickel. Marcia's wishes were to be cremated. The family will receive friends Monday, July 18th, from 9 - 11 a.m. at the funeral home. A memorial mass will follow at 11:30 a.m. at St. Louis Church with Rev. Todd Goodson officiating, with burial in the church cemetery. The family requests memorials to St. Monica's Building Fund or Phi Beta Psi Sorority Cancer Research.

The family of Marcia L. Werner created this Life Tributes page to make it easy to share your memories.

Marcia L. Werner, age 79 of Indianapolis and formerly of Batesville,...