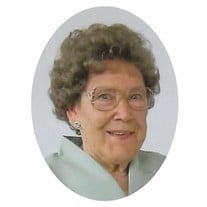 Marie R. Dierckman, age 87 of Batesville, died Monday, December 23, 2019 at St. Andrew’s Health Campus. Born February 27, 1932 in Ripley County Indiana, she is the daughter of Helen (Nee: Stock) and Henry Schneider. For over 45 years she served as a chauffeur for the Hillenbrand family and for Hillenbrand Industries. She married Milton Dierckman August 20, 1952 at St. Anthony’s Church in Morris and he preceded her in death December 16, 2012. Marie enjoyed growing flowers and raising a garden. Possessing a green thumb, according to her family, she could grow anything. She loved playing cards as well and was a longtime member of two card clubs. Marie also quilted, worked crossword puzzles, often when waiting to pick someone up and was an avid reader. She, along with Rosie Dierckman, cooked for numerous weddings over the years. Marie is survived by her daughters Ginny Lows and Joyce (Bob) Kessens, both of Batesville; sons Ron (Marlene) Dierckman of Ft. Wayne, Indiana, Jerry (Sandy) Dierckman of Greensburg, Ed (Diane) Dierckman of Batesville; sisters Rita Struewing of Oldenburg, Ruth Messerschmidt of Morris, Frances Hartman of Greendale, Indiana; Theresa Eckerle of Morris, Rose Roell of Connersville, Indiana; brothers Arthur Schneider and Bernard Schneider, both of Batesville, Joe Schneider of Sunman, Albert Schneider of Batesville; 16 grandchildren and 28 great grandchildren with the 29th due in a few weeks. In addition to her husband and parents, she is also preceded in death by her son Ricky Dierckman; sister Dorothy Schneider and brother Wilbert Schneider. Visitation is Thursday, December 26th, from 4 – 7 p.m. at the funeral home. Funeral services are 10 a.m. Friday, December 27th at St. Louis Church with Rev. Stan Pondo officiating. Burial will be in the church cemetery. The family requests memorials to Margaret Mary Health Foundation Hospice or the St. Louis Cemetery Fund

The family of Marie R. Dierckman created this Life Tributes page to make it easy to share your memories.

Send flowers to the Dierckman family.