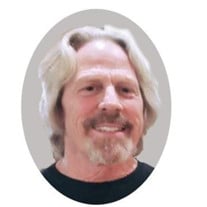 Mark Joseph Stein, 63 of Carmel, Indiana, passed away September 25th, 2021. He was born January 22, 1958, in Batesville to Elizabeth and William Stein Sr. He was a 1976 Graduate of Batesville High School where he wrestled and was voted Mr. BHS. Mark was a born fighter and against all odds, conquered what most of us would not have had the courage to endure. In and out of multiple surgeries and casts from birth, his parents were told he would never walk, run, or play sports. With gentle, yet firm love and encouragement from his parents, he went on to not only walk and run, but he played baseball and football in his younger years and would wrestle in high school where he was a conference champion. Through it all, he never, ever, complained and always had a smile on his face. This adversity readied him for the world as it shaped and strengthened his resolve in all that he did. Mark graduated from Ball State University and used his Marketing degree in various sales and management roles including Regional Business Manager, National Director GPO’s & Segment Marketing, as well as National Director Corporate Accounts – Integrated Health Networks, while at Roche Diagnostics. He later became National Director of Corporate Accounts for Instrumentation Laboratory (IL) in Bedford, Massachusetts. Mark’s career success took a back seat to his family. His greatest achievements were his children. He loved them with his entire being, bragging about the smallest of steps they took, cheering for them as a loving father does, every step of the way. Happy when they were well and worrying about them when they were not. Mark had many passions and whatever he did, he was all in, one hundred percent. One of his passions was motorcycles, from the time he was a child, riding mini-bikes and collecting motorcycle trading cards. He loved riding with friends and family and often referred to it as his “wind therapy”. He also had a passion for projects, whether they were around the house or involving things that needed to be done to his vehicles and motorcycles. He would meticulously research the subject and become more knowledgeable than the experts hired to do the actual work. This preparedness also benefitted him in one of his other passions, negotiating the deal. Mark loved catching up at family gatherings, talking about the antics of his youth and laughing about the adventure’s life had thrown our way. He was a very confident and charismatic man, as well as generous, and humble. His contagious laughter filled the room, our hearts, and our souls. He represented the best in all of us. Mark is survived by; his wife Wendy, son Jonathan (Chelsea) Stein and precious grandson Damien Joseph of Columbus, Ohio; daughter Addison of Nashville, Tennessee; stepdaughters Carley Baker of Laguna Nigel, California, Sydney Baker (Ryan) of Sacramento, California; his mother Elizabeth of Batesville; sisters Mary (Kenny Peetz) Starost of Oldenburg, Cheryl Bittermann of West Chester, Ohio, Melissa Bradley of Osgood, Indiana and brothers William Jr. (Judy) of Oldenburg, Gregory (Susan) of Colorado Springs, Colorado, Thomas (Ginger) of Annville, Pennsylvania, David (Bethsabe) of New Baltimore, Michigan, Larry (Susan) of Noblesville, Indiana and Michael (Terri) of Mount Orab, Ohio. He is also survived by 25 nieces and nephews, 42 great nieces and nephews and 2 great, great nieces and nephews. He is preceded in death by his father. Mark was cremated. The family will receive friends from 9 – 11 a.m. on Saturday, November 6th, at the funeral home. A memorial service follows at 11 a.m. with inurnment in St. Louis Cemetery. The family requests memorials to Riley Children’s Hospital, 705 Riley Hospital Drive, Room 4510, Indianapolis, IN 46202.

Mark Joseph Stein, 63 of Carmel, Indiana, passed away September 25th, 2021. He was born January 22, 1958, in Batesville to Elizabeth and William Stein Sr. He was a 1976 Graduate of Batesville High School where he wrestled and was voted Mr.... View Obituary & Service Information

The family of Mark J. Stein created this Life Tributes page to make it easy to share your memories.

Send flowers to the Stein family.