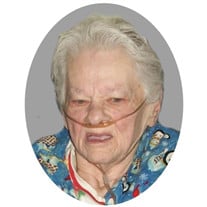 Mary M. Davis, age 86 of Greensburg, died Thursday, May 27, 2021 at Aspen Place in Greensburg. Born January 6, 1935 in Decatur Co. Indiana, she is the daughter of Marie (Nee: Redelman) and Edward Hardebeck. She married Robert Davis Jr. August 27, 1955 at St. Catherine of Siena Church, St. Maurice Indiana and he preceded her in death in 1984. Mary worked five years in the sewing department of Batesville Casket Company and spent fifteen years as a caregiver for the elderly. Although not a gardener, she took great pride in raising her tomatoes each year. She also enjoyed soap operas, especially “All My Children” and according to her family, Mary was crazy about Elvis. She had an enormous love for dogs and her poodle Tootsie was near and dear to her heart. She is survived by her sons Rick (Barbara) Davis of Oldenburg, Steve (Sherry) Davis of Batesville, Jim Davis of Greensburg; sisters Joan Arnette of Greensburg, Virginia Jackson and Doris Hardebeck, both of St. Paul, Indiana, Georgianna Jackson of Indianapolis, Linda Wright of Shelbyville, Indiana; seven grandchildren; fifteen great grandchildren and five great great grandchildren. In addition to her husband and parents, she is also preceded in death by her son Jerry Davis, grandson Phillip Davis, sister Rita Perkins and brother Donald Hardebeck. Mary’s wishes were to be cremated. There will be no services. Memorials may be made to the Decatur Co. Humane Society and sent to the Weigel Funeral Home (P.O. Box 36, Batesville, Indiana, 47006).

The family of Mary M. Davis created this Life Tributes page to make it easy to share your memories.

Send flowers to the Davis family.