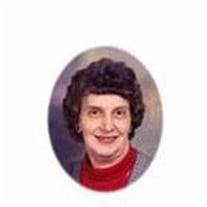 Mary Ann Werner, age 72 of Morris, Indiana died Friday, April 20, 2007 at St. Andrew’s Health Campus in Batesville. Born August 24, 1934 in Lawrenceville, Indiana, she is the daughter of Agnes (Nee: Ripperger) and Edward Kuhn, Sr. She married Ardwin Werner on June 16, 1956 at St. Peter’s, Indiana and he preceded her in death on October 16, 2004.Mary Ann worked in the housekeeping department at the Sherman House Restaurant and Inn for 26 years, before retiring in 2003. She was a member of St. Anthony's Church and the St. Anne’s Ladies Sodality.She is survived by her daughter Joyce Hansell of Guilford, Indiana; sons Roger of Greenwood, Indiana, Daryl of Morris, and Dan of St. Leon, Indiana; mother Agnes Kuhn of Batesville; sister Wilma Hoffmeier of Yorkville, Indiana; brother David Kuhn of Dover, Indiana and 10 grandchildren. In addition to her husband and father, she is also preceded in death by her brothers Edward “Bud” Kuhn, Jr. and Howard Kuhn.Visitation is Monday, April 23rd, from 4-7 p.m. at the funeral home, with a rosary service at 4 p.m. Funeral services are 10 a.m. Tuesday, April 24th, at St. Anthony’s Church in Morris, with Msgr. Bernard Schmitz officiating and burial will follow in the church cemetery. Memorials may be made to St. Anthony’s Cemetery Fund or to the Leukemia Foundation.

The family of Mary Ann Werner created this Life Tributes page to make it easy to share your memories.