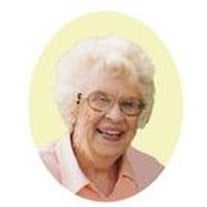 Maxine Wonning, age 90 of Batesville, died Monday, November 17, 2014 at Ripley Crossing. Born July 22, 1924 in Glasgow, Kentucky, she is the daughter of Letha (Nee: Harrison) and George Bush. She married John Wonning April 17, 1945 in Louisville, Kentucky and he preceded her in death June 25, 2009. A Homemaker, Maxine was a member of St. Mark Lutheran Church and the St. Mark Women's Club. According to her daughter, "mom's hobby was dad." Inseparable, they did everything together. John built his own boat because they loved boating and spending time on the water, much of that time in Florida where they lived for 42 years. A trip to Hawaii after John's retirement began a passion for travel, which led to a motor home and trips all over the country. A good cook, her Greek potato salad and shrimp and crab legs were hard to beat. Back in the day she did quite a bit of sewing, making many of her families' clothes, enjoyed watching reruns of Hogan's Heroes and was an avid reader of John McDonald thrillers. Maxine is survived by her daughter and son-in-law Connie and Ernie Walke of Osgood; grandchildren and spouses Jeff and Lindsey Walke, Tamara and Steve Sarno, Ben and Lori Walke and great grandchildren Trae, Shaden, Devery, Tyler, Kayla, Julie and Lucas. In addition to her husband and parents, she is also preceded in death by sisters Maurice Thomerson, Frankie Shipley, Mary Smith and brothers Cliff, Cleo and Wendell Bush. Visitation is Friday, November 21st, from Noon until 2:00 p.m. at the funeral home. Funeral services follow at 2 p.m. with Rev. Jill Kepler-Campbell officiating and burial in St. Mark Lutheran Cemetery. The family requests memorials to Ripley Crossing's Activity Fund or St. Mark Church.

The family of Maxine Wonning created this Life Tributes page to make it easy to share your memories.

Send flowers to the Wonning family.