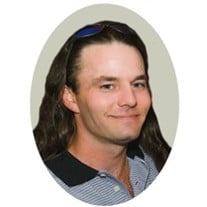 Richard J. “Hollywood” Stapleton, age 42 of Batesville, died Wednesday, October 4, 2017 at his home.  Born October 19, 1974 at Fort Thomas, Kentucky, he is the son of Martha (Nee: Edwards) and Richard G. Stapleton.  A 1992 graduate of Hernando High School in Brooksville, Florida, he would attend College in Berea, Kentucky.  He married his soul mate Michele McCord March 1, 2002 in Versailles, Indiana.  Rick worked over 20 years as a machinist and enjoyed his career.   Spending time with his family was what he loved most, whether it was playing pool, video games or just watching movies.  Rick was also an avid fisherman.  A member of the U.S.A. Bassin Club, he and his son Nathan were fall Division Champions in 2014, which allowed them to compete in Tennessee for scholarship money.    Rick is survived by his wife Michele; son Nathan; his father Richard Stapleton of Brooksville, Florida; mother Martha Stapleton of West Harrison, Indiana; sister Rachel Wall of Brooksville, Florida; brothers Adam (Kellie) Stapleton of Brooksville, Florida, Guy (Lori) Ollier of Hebron, Kentucky, Jason (Jessica) Ollier of Brooksville, Florida; sister-in-law Erin McCord Shepherd of Lawrenceburg, Indiana; four nieces and seven nephews.  He is preceded in death by his grandparents Paul and Clare Dameron, Jim and Ethyl Edwards and father-in-law James McCord.    Visitation is Wednesday, October 11th, from 11 a.m. until 2 p.m. at the funeral home.  Funeral services will follow at 2 p.m.  Following services, Rick’s wishes were to be cremated.  Memorials may be made to the funeral home to help with funeral expenses.

The family of Richard J. "Hollywood" Stapleton created this Life Tributes page to make it easy to share your memories.