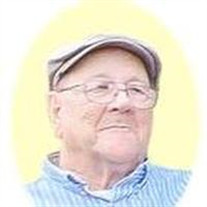 Richard C. Stirn, age 83 of Batesville, died Monday, November 11, 2013 at his residence. Born June 26, 1930 in Franklin County Indiana, he is the son of Katherine (Nee: Luke) and Carl Stirn. He married Betty Jane Karbowski May 5, 1951 at the St. Louis Rectory and she preceded him in death May 3, 2006. Dick was a carpenter/Master Craftsman and had his own business. His family explained that he never really retired, but somewhere around 2003 he began talking about more projects than he completed.Dick’s family indicated work was his hobby. He did enjoy some other interests though. According to the family, he had a passion for history and was a sports fan who liked to follow all the local sports teams. Because of his love of history and old things, the show American Pickers was naturally a favorite of his. What he truly enjoyed was to get in the car, get out of town and take a ride in the country.He is survived by his daughters and son-in-laws Carol and Mike Voegele of Centerville, Ohio, Beth and Fred Barger of Dillsboro, Indiana, Patty and Don Kohlman of Batesville, Donna Salyer of Batesville; sons and daughter-in-laws Tim and Betsy Stirn of Batesville, Paul and Dolly Stirn of Napoleon, Indiana, Mark and Edie Stirn, Dave and Beth Stirn, Joe and Kim Stirn, Andy and Susie Stirn, all of Batesville; 23 grandchildren and 16 great grandchildren. In addition to his parents, he is also preceded in death by his sister Thelma and brothers Walter and Bill.Visitation is Thursday, November 14th, from 4-7 p.m. at the funeral home with a prayer service at 4 p.m. Funeral services are 11 a.m. Friday, November 15th, at the funeral home with Rev. John Geis officiating. Burial will follow at St. Louis Cemetery. The family requests memorials to the Hansen Center.

Richard C. Stirn, age 83 of Batesville, died Monday, November 11, 2013 at his residence. Born June 26, 1930 in Franklin County Indiana, he is the son of Katherine (Nee: Luke) and Carl Stirn. He married Betty Jane Karbowski May 5, 1951 at the... View Obituary & Service Information

The family of Richard C. Stirn created this Life Tributes page to make it easy to share your memories.

Send flowers to the Stirn family.