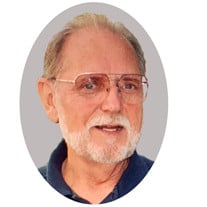 Richard A. Woodward, age 74 of Batesville, died Sunday, March 10, 2019 at his home. Born June 1, 1944 in Cincinnati, he is the son of Myra (Nee: Haug) and Hugh Woodward Sr. He married Lydia Schwartz April 15, 1992 in Versailles, Indiana. Richard worked in Sales at Cook United for many years. In his youth he enjoyed playing football and basketball. According to his family, Richard’s large hands allowed him palm two basketballs at once, which is something not many high school boy’s can say. They also indicated that he was a fantastic cook, liked gardening, was an avid reader of mystery and suspense novels as well as a history buff. Although he loved all things history, he was very knowledgeable about the civil war. He is survived by his wife Lydia; daughters Lisa Favia of Gilbert, Arizona, Laura Woodward of Oklahoma City, Oklahoma, Inga Moore of Greensburg, Joslin Atkinson of Batesville; sons Mark Woodward of Springfield, Oregon, David Woodward of Cincinnati, Richard Woodward of Bradenton, Florida; brother Hugh Woodward of Cincinnati; sister Sally Curls of Florida; thirteen grandchildren and three great grandchildren. In addition to his parents, he is also preceded in death by his brother Bill Woodward. Richard’s wishes were to be cremated. There will be no services. The family requests memorials to The Wounded Warriors Project (Wounded Warrior Project, P.O. Box 758517, Topeka, Kansas 66675) or Boys Town (Boys Town, 100 Flanagan Blvd, P.O. Box 5000, Omaha, Nebraska 68010).

The family of Richard A. Woodward created this Life Tributes page to make it easy to share your memories.

Send flowers to the Woodward family.