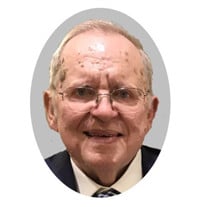 Ron Raver, age 82, passed away on Sunday, February 20, 2022 in Batesville. He was born at home in Oldenburg on October 5, 1939 to George and Laurene (Struewing) Raver. Ron married Sally (Given) Raver on August 2, 1972 at Holy Family Church in Oldenburg. They had one daughter, Gina, born in 1975. Ron graduated from Batesville High School in 1958 where he was the Valedictorian of his class and participated in basketball, track and baseball. He was also an active member of the local FFA chapter. After high school, Ron attended Purdue University where he earned both Bachelor’s and Master’s degrees in Education with an emphasis in Science and Agriculture. While at Purdue, he participated in ROTC, intramural sports and worked on Purdue’s Agronomy Farm. He began his teaching career at the former Williamsburg High School, then went on to teach and coach at the former Whitewater High School. In the fall of 1968, he accepted a position with Batesville High School to teach and coach, retiring after 29 years. While he taught some agriculture and anatomy courses, his main specialty over the years was Chemistry and Advanced Chemistry and served as head of the science department for many years. Ron is probably best remembered for his years of coaching cross country, track and boy’s basketball. He was also instrumental in getting a girls’ cross country program started at the high school. In addition to his years of teaching and coaching, Ron worked for WRBI as a color and play-by-play analyst for football and basketball. He was the host of Coaches Corner from its inception until his most recent illness. Another special duty he would get to do as a member of the WRBI family was being able to host the Reds Caravan when they would make their stop in Batesville each year. Ron was an active member of the local community and across the state of Indiana. He was a member of the Batesville Lions Club for approximately 60 years, serving as its’ president multiple times in addition to being a Margaret Mary Community Hospital volunteer, served on an advisory board for St. Andrew’s Health Campus, was a Franklin County Community Foundation Board Member for 9 years and continued to serve on the Scholarship Committee as well as a board member of ILCEIN (The Independent Living Center of Eastern Indiana, Inc.). Ron also was an active member of the IATCCC (Indiana Association of Track and Cross Country Coaches) for over 30 years, holding multiple committee positions and has served on the Board of the Ripley County Basketball Hall of Fame since its inception. Ron received numerous awards and accolades for his coaching accomplishments over the years. One of those was being inducted into the Ripley County Basketball Hall of Fame in 2005 and recently learned he is being inducted into the Indiana Association of Track and Cross Country Coaches Hall of Fame on June 25, 2022 in Terre Haute, Indiana. Besides teaching, coaching and working on the radio, Ron enjoyed watching sports and cheering on his favorite teams: all his grandchildren’s sports teams, the Batesville Bulldogs, the Purdue Boilermakers, the Bengals, the Cubs and the Reds. He also enjoyed traveling, going out to eat, working crossword puzzles and watching crime-related shows. Ron is survived by his wife Sally; his daughter Gina (Tony) Niese and grandchildren, Audrey and Andrew, all of Woodbury, Minnesota; brothers, Glenn (Alice) Raver and Vernon (Julie) Raver both of Batesville and nephews, Jeremy (Charrel) Raver and David (Dee) Raver along with their children, Kaylie, Landon, Caitlin and Luke all of Batesville. He is preceded in death by his parents and one infant brother. Visitation will be Sunday, February 27th from 1 – 4 p.m. at the funeral home. A funeral mass will be held 11 a.m. Monday, February 28th at Holy Family Catholic Church with Rev. Carl Langenderfer officiating, followed by burial in the church cemetery. In lieu of flowers the family requests memorials to the Batesville Athletic Boosters or the Phi Beta Psi Sorority.

Ron Raver, age 82, passed away on Sunday, February 20, 2022 in Batesville. He was born at home in Oldenburg on October 5, 1939 to George and Laurene (Struewing) Raver. Ron married Sally (Given) Raver on August 2, 1972 at Holy Family Church... View Obituary & Service Information

The family of Ronald G. Raver created this Life Tributes page to make it easy to share your memories.

Send flowers to the Raver family.