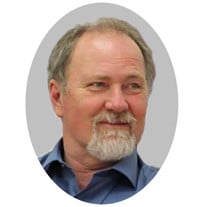 Ronald A. Williams, age 63 of Batesville, died Thursday, April 14, 2022 at his home. Born September 19, 1958 in Batesville, he is the son of Barbara (Nee: Williams) Whalbring. Ron married Denean Walke September 23, 1989 at St. Louis Church. He owned and operated All About Water which included sales and servicing of spas, hot tubs and swimming pools. Family was important to Ron. Several of his children raced 4-wheelers and he was the mechanic, pit crew, coach and equipment hauler. A jack of all trades, he was blessed with the ability to fix or repair anything. He was also famous for sneaking candy to the grandchildren every chance he got and shared the bond of music with his kids. In his free time, he enjoyed working in his vegetable garden, helping to restore old cars, watching off-road racing or NHRA drag racing and woodworking. When it came time to relax, Ron was content to sit on his porch. He is survived by his wife Denean; daughters Jessi (Ryan Ross) Williams of Los Angeles, California, Cassandra (Daniel) Wessel of Batesville, Kimberly (Trenton) Lothridge of Holton, Indiana, Veronica Williams of Indianapolis, Corryn Williams of Batesville, Gabrielle Williams of Batesville; son John Williams of Batesville; mother Barb Whalbring of Batesville; brother Charles Best of Indianapolis and 11 grandchildren. He is preceded in death by grandson Lawrence Wessel. Visitation is Tuesday, April 19th, from 4 – 7 p.m. at the funeral home with a rosary service at 4 p.m. Funeral services are 10 a.m. Wednesday, April 20th at St. Louis Church with Rev. Stan Pondo officiating and burial will follow in the church cemetery. The family requests memorials to St. Jude Children’s Hospital.

The family of Ronald A. Williams created this Life Tributes page to make it easy to share your memories.

Send flowers to the Williams family.