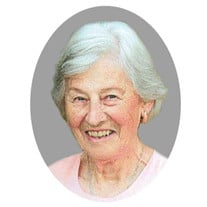 Rosemary Galle, age 85 of Oldenburg, died Thursday, May 20, 2021 at her home. Born October 13, 1935 in New Alsace, IN., daughter of Agnus (Nee: Seufert) and Cornelius Fette. She married Gene Galle on May 7, 1960 at St. Paul Church in New Alsace. She is survived by her husband, Gene; daughters; Sandi (Dave) Rohde of Littleton, CO., Cindy (Bill) Wanstrath of Batesville; sons; John (Lisa Brannick) Galle of Brownsburg, IN., Michael (Ann) Galle of Bellbrook, OH., Steven (Maureen) Galle of Rochester Hills, MI., Richard (Tina) Galle of Carmel, IN., Ronald (Amanda) Galle of Carmel, IN.; daughter-in-law, Jamie Galle of Columbus, IN.; sister, Mildred Meyer of New Alsace; brother, Russell Fette of Harrison, OH., 31 grandchildren and 1 great granddaughter. She is preceded in death by her parents, her son, David Galle, sisters; Rita Fox, Irene Fette, Ethel Rowell, Charlotte Gutzwiller and Marlene Galle, and brothers; Robert, Edward, Raymond, Marvin and Irvin. Rosemary raised her family in Oldenburg with her husband Gene, who was the town barber for many years. Her Catholic faith was the essence of her life, which she passed on to her family, and her morals and values were structured around it. She was an active member at Holy Family Parish for 60 years and dedicated her time to numerous parish activities. She spent countless hours watching her son’s sporting events, which included mostly baseball and basketball games, and loving every minute of them. She was employed by Margaret Mary Hospital for over 25 years in different positions, eventually making her way to the Payroll Dept. She spent much of her spare time as a spectator at her own children’s sporting events, and then later at her grandchildren’s sporting events, which included a wide range of sports. She had a very close group of friends in Oldenburg and enjoyed weekly bingo with them at St. Louis School and at Morris, IN. She also enjoyed playing cards with some of the local clubs. She has touched the hearts of so many with her great faith and love, and will be dearly missed by her family and friends. Visitation is Tuesday, May 25th at Holy Family Church in Oldenburg from 9-11am., with the funeral Mass immediately following, officiated by Fr. Carl Langenderfer with burial in the church cemetery. The family requests memorials to Margaret Mary Health Foundation Hospice or The Franciscan Friars.

The family of Rosemary Galle created this Life Tributes page to make it easy to share your memories.

Send flowers to the Galle family.