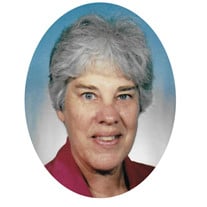 Sr. Alice Retzner, formerly Sr. Francile, age 77 of the Sisters of St. Francis in Oldenburg, died Thursday, February 6, 2020 at the convent. Born Alice Jean on March 20, 1942 in Sunman, Indiana, she is the daughter of Frances (nee: Riehle) and Louis Retzner. Alice grew up with her two older brothers and three younger sisters in the small community of Spades, outside of Sunman, where she attended St. Nicholas School and later the Immaculate Conception Academy where she was taught by Franciscan Sisters at both schools. Her decision to enter the convent in 1961 was greatly influenced by the Sisters and she made final vows in 1966. She later took her Baptismal name of Alice following Vatican II. Sr. Alice earned a B.A. in Education from Marian University and pursued her Maters degree at Seattle University in Washington. She dedicated her life to serving God through teaching, and later in ministering to the poor. Her teaching career spanned 27 years and included schools in Indiana, Missouri, Montana, Ohio and students from rural and inner-city schools as well as students from Indian reservations. Teaching taught her much about social injustice and sparked her interest in serving the poor. In Sr. Alice’s words, “In many cases I may have taught, but I learned much more than I taught.” In 1980 she became a Pastoral Associate at Holy Trinity parish in Indianapolis where she served in the inner city for ten years. After a sabbatical, she served as a Pastoral Associate at Christ the King parish in Shiprock, New Mexico before her heart led her to serve the Appalachian people. She spent 20 years working with them in Beattyville, Kentucky and two years in Campton, Kentucky before returning to Oldenburg in 2017. When interviewed, Sr. Alice summarized, “The people I have ministered with have also ministered to me by welcoming into their lives and homes. Living in many different parts of the country, in the grandeur of mountains, desert, rolling hills, etc., I have come to see the great beauty of creativity in our Creator. This is a gift the Native Americans have given me. Each morning I lift my eyes and heart to East and give thanks for the gift of a new day and open myself to the blessings of that day.” In her final year she struggled with ALS (Lou Gehring’s disease). While the disease slowly robbed her body of movement, she continued to raise her eyes and heart to the East to give thanks for the gift of a new day. On her final day, surrounded by her community, Sr. Alice lifted her eyes and her heart as she left her earthly body to walk freely again as she was welcomed into eternal life. She is survived by her sister JoAnn Amberger of Sunman, Indiana; brothers Louis Retzner of Cincinnati, Ohio, John Retzner of Sunman and brothers-in-law Steve Lunsford of St. Mary’s, Indiana and Charles Schoettelkotte of Brookville, Indiana. In addition to her parents, she is also preceded in death by sisters Mary Lunsford and Marlene Schoettelkotte. Due to chapel renovations, visitation will be held across the street from the convent at Holy Family Church from 1:00 - 3:00 p.m. Friday, February 14th. Funeral services follow at 3:00 p.m. with Rev. Lawrence Abler, O.F.M., Capuchin, officiating, with burial in the convent cemetery. Memorials may be made to the Sisters of St. Francis, P.O. Box 100, Oldenburg, Indiana, 47036 (www.OldenburgFranciscans.org).

The family of Sr. Alice Retzner O.S.F. created this Life Tributes page to make it easy to share your memories.