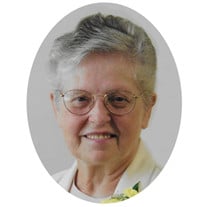 Sr. Judith Werner, formerly Sr. Bonaventure, age 78 of the Sisters of St. Francis in Oldenburg, died Saturday, March 5, 2022 at the Motherhouse. Born on July 1, 1943 in Batesville, she was the second of five children born to Ethel (Nee: Schumacher) and Francis Werner. Judith attended St. Louis School in Batesville, and later when her family moved to a farm on Shrine Road, she attended Holy Family School in Oldenburg before enrolling at Oldenburg Academy. She met the Franciscan Sisters at an early age and soon expressed an interest in joining the community. Entering the convent in 1961, she enrolled at Marian University where she earned her undergraduate degree in education. In 1975 she enrolled at Creighton University in Nebraska, earning her master’s degree in science education. She began a 30-year teaching career while studying for her undergraduate degree. She taught at elementary schools across Indiana and Ohio, specializing in science and ultimately serving as an in-service science specialist for the Archdiocese of Cincinnati. After a sabbatical year in 1994, Judith spent a year as a co-director with AmeriCorps in Cincinnati before returning to the motherhouse to serve as co-director of the Sisters’ communications department for six years. She then helped care for her mother, due to declining health, until her death in 2003. Following her mother’s death, Judith taught for a year at the former LifeSkills Charter School before returning to Oldenburg, assisting in the Sisters’ Development Office for seven years. In 2013 she transitioned back to education as a GED teacher with River Valley Resources at their Batesville location and then volunteered at the Oldenburg Academy’s Twice Blessed Resale Store before her retirement in 2015. In her autobiography, she noted, “My ministries and education have deepened my spirituality. Throughout my journey I have felt the presence of the Divine. I have continually met the next “teacher”, have been in the right place at the right time, heard the right messages that prepared me for the next step of my journey. I am deeply grateful for my community of Sisters and for the love and support shown to me by my family. She is survived by brothers James (Sandy) Werner, Dale (Barbara Nolting) Werner, Brian (Joanie) Werner, all of Batesville; brother-in-law Stephen “Skip” Lowe of Morrow, Ohio and numerous nieces and nephews. In addition to her parents, she is also preceded in death by her sister Suzette Lowe. Visitation will be Thursday, March 10th from 1:30 – 3:00 p.m. at the convent chapel. Funeral services follow at 3:00 p.m. with Rev. Bob Ross, SJ, officiating and burial will be at the convent cemetery. Guests who have been vaccinated are welcome to attend but masks are mandatory. For those unable to attend, services will be live-streamed at https://youtu.be/ytg-N_ObwX4. Memorials may be made to the Srs. of St. Francis, P.O. Box 100, Oldenburg, IN, 47036 (www.OldenburgFranciscns.org).

Sr. Judith Werner, formerly Sr. Bonaventure, age 78 of the Sisters of St. Francis in Oldenburg, died Saturday, March 5, 2022 at the Motherhouse. Born on July 1, 1943 in Batesville, she was the second of five children born to Ethel (Nee: Schumacher)... View Obituary & Service Information

The family of Sr. Judith Werner OSF created this Life Tributes page to make it easy to share your memories.