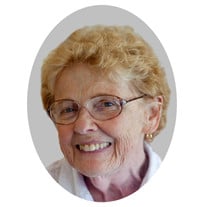 S. Kathleen Mulso, age 74 of the Sisters of St. Francis died on May 1, 2022 at the Motherhouse in Oldenburg, Indiana. Born on September 27, 1947, in Mt. Clemens, Michigan, she was the second of five children born to Evelyn (Nee: Trombly) and John Mulso. Kathleen grew up in Roseville, Michigan where she and her siblings were educated by the Sister Servants of the Sacred Heart Catholic School where Kathleen first felt her religious calling. The sense of comfort she felt when considering becoming a Sister remained with her through the years. Following the eighth grade, the Sisters of St. Francis of Oldenburg were invited by the Pastor of Kathleen’s parish to offer Bible School in Roseville. That’s when Kathleen became familiar with the Oldenburg Franciscans and discovered they offered a high school program for young students interested in religious life. At age 16, Kathleen enrolled as a Junior Aspirant at the Immaculate Conception Academy in Oldenburg, and entered the convent in February of 1965, and took her final vows on August 12, 1972. In addition to teaching elementary grades in schools in Michigan and Indiana, Kathleen earned a BA in education from Marian University, and continued her education at Indiana University, and at Mundeline College in Chicago. In 1982, the Franciscan began ministering in parishes throughout Michigan serving as a Director of Religious Education. As Kathleen’s health began to decline in 2004, she returned to the Oldenburg Motherhouse to begin her retirement and volunteered as she was able at Holy Family Parish in Oldenburg, St. Joseph Parish in Shelbyville, Margaret Mary Health in Batesville and finally as a substitute teacher at Oldenburg Academy. In an interview about her life as a Franciscan, Kathleen noted, “I think God has directed my life. He has brought me home to Oldenburg. He has a specific plan for me. He has allowed illness to be a part of my story so that I can pause and listen to Him. I believe that God is present within me and very near to me. He is with me on every side in a profound way. I continue each day to listen in the quiet of my room, in the Convent Chapel and in Nature’s many gifts. I think that somehow, God and I are one.” Kathleen often shared the following prayer, “Under a blue sky, within the chill of an October day and the warmth of God’s love, I thank you Lord.” Kathleen is preceded in death by her parents, John and Evelyn (Nee: Trombly) Mulso Survivors include her brother and sister-in-law James and Donna Mulso of Chesterfield, Michigan; and sisters and brothers-in-law, Mary and Larry Shellabarger of Armada, Michigan; Julie and Danny Nowicki of Washington, Michigan; and Jacqueline and John Impellizzeri of Ray, Michigan, and numerous nieces and nephews. Visitation will be Friday, May 6th from 1:30 – 3:00 p.m. at the convent chapel. Funeral services follow at 3:00 p.m. with Fr. Hans Gruenbauer officiating. Burial will be at the Motherhouse Cemetery in Oldenburg. For those unable to attend, services will be live-streamed at https://youtu.be/fKhFKs5rGMI. Memorials may be made to the Sisters of St. Francis, P.O. Box 100, Oldenburg, Indiana, 47036 (www.OldenburgFranciscans.org).

S. Kathleen Mulso, age 74 of the Sisters of St. Francis died on May 1, 2022 at the Motherhouse in Oldenburg, Indiana. Born on September 27, 1947, in Mt. Clemens, Michigan, she was the second of five children born to Evelyn (Nee: Trombly) and... View Obituary & Service Information

The family of Sr. Kathleen Mulso OSF created this Life Tributes page to make it easy to share your memories.