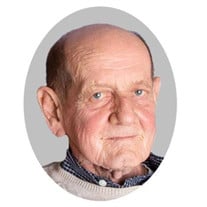 Stephen R. Amberger, age 69 of Batesville, died Saturday January 22, 2022 at Aspen Place. Born September 18, 1952 in Batesville, he is the son of Ruth (Nee: Zins) and Leo Amberger. He married Debbie Vogelsang August 13, 1977 at St. Louis Church in Batesville. After 30 years with the Hill-Rom Company he retired as the material handler. Steve was comfortable with a routine. His family explained that he had a regular schedule, seeing that daily and weekly tasks were done with everything in its place and was happiest doing outdoor activities. They noted he was always punctual, were proud of his politeness and manners, but were amused by his many axioms: “Don’t try to carry it all, make two trips”, “Big dogs stay on the porch” and “Did you lock it up?” were some of their favorites. A Reds, Colts and Pacers fan, Steve also enjoyed playing cards, watching westerns and was crazy about anything John Deere. But being with family is what he cherished most. He is survived by his wife Debbie; daughters Jill Hollins and Hilary Nobbe, both of Batesville; sisters Rosemary Gander, Millie Blanken, Dee Dee Linkel, Mags Thielking and Ann Gutzwiller, all of Batesville; brothers John, Bill, Albert and Dave Amberger, all of Batesville and grandchildren Jack and Ava Hollins and Ryan and Charley Nobbe. In addition to his parents, he is also preceded in death by sisters Edie Ernstes, Alma Amberger and brother Dick Amberger. Visitation is Thursday, January 27th from 9 – 11 a.m. at the funeral home. Funeral services follow at 11:30 a.m. at Holy Family Church with burial in the church cemetery. The family requests memorials to St. Louis School or Margaret Mary Health Hospice Foundation.

The family of Stephen R. Amberger created this Life Tributes page to make it easy to share your memories.

Send flowers to the Amberger family.