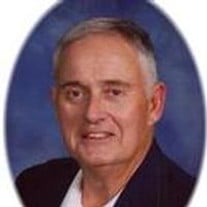 Thomas L. Steinkamp, age 64 of Batesville, died Sunday, September 9, 2012, at Methodist Hospital in Indianapolis. Born February 4, 1948 in Batesville, he is the son of Eileen (Nee: Flodder) and Harold Steinkamp. He married Edith Ertel May 23, 1970 at St. Louis Church. Tom served in the Air Force during the Vietnam War and was a member of the Batesville V.F.W. Post #3183, American Legion Post #271, Eagles Aerie #1130 and St. John’s Huntersville United Church of Christ where he served as a trustee.Tom was the former owner of Steinkamp Construction and would later become a long haul driver at the Hill-Rom Company for 32 years. He logged over three million miles without an accident, although the kids aren’t quite sure how. Apparently if it wasn’t a truck, his driving skills were a little suspect. They also teased him about his mowing. Not how he mowed, but what he wore. Many will remember seeing him on his rider with shorts, black socks, a t-shirt, mask and goggles.Tom had many interests including golf, fishing, hunting, as well as a large collection of antique tools and milk bottles. He liked watching “American Pickers” and “Pawn Stars” and was a regular at McDonald’s coffee klatch in the morning. His family remembers dad taking them boating on weekends when they were younger and that he was a pretty good cook. Evidently he had a little issue with portion control so you had to bring your appetite. They joked about Tom’s tators and corn, but a favorite memory was french toast on Christmas morning. He is survived by his daughters and son-in-laws Beth and Ted Moorman of Greensburg, Kate and Dusty Tekulve of Oldenburg; sons and daughter-in-laws Eric and Jenn Steinkamp of Oldenburg, Mark and Beth Steinkamp of Batesville; sisters Sue Abplanalp of Greensburg, Carlyn Giesting and Jane Pearson, both of Indianapolis; brother Bill Steinkamp of Columbus and seven grandchildren. He is preceded in death by his wife and parents.Visitation is Wednesday, September 12th, from 4-7 p.m. at the funeral home. Funeral services are 10 a.m. Thursday, September 13th, at St. John’s Huntersville United Church of Christ with visitation at church one hour prior to services. Rev. Dave Johnston will officiate and burial will be in St. Louis Cemetery with military graveside rites conducted by the Batesville V.F.W. Post and the Prell-Bland American Legion. The family requests memorials to Relay for Life or the Batesville Fire Department.

The family of Thomas L. Steinkamp created this Life Tributes page to make it easy to share your memories.

Send flowers to the Steinkamp family.