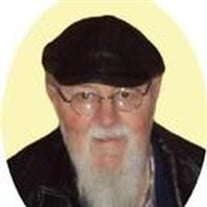 Thomas R. Waechter, age 64 of Oldenburg, Indiana, died Sunday, March 2, 2014 at his residence. Born December 21, 1949 in Batesville, Indiana, he is the son of Genevieve (Nee: Langferman) and Irvin “Muggs” Waechter. He married Susan Osburn May 24, 1969 at Holy Family Catholic Church in Oldenburg. Tom was a self-employed Design Engineer, before retiring and was a member of the men’s group at the Vineyard Community Church in Batesville.According to his children, “dad could build anything”. They were told stories of him as a young man, building and designing his own bicycles and motorcycles. Many tales included motorcycles, especially Harley Davidsons, and muscle cars, Chevy Impala being his favorite. He went on to design and manufacture machinery for the pallet industry and was a pioneer in the use of thin kerf sawing. He loved to travel and saw much of the U.S. as a truck driver. His favorite spot was New Smyrna Beach, Florida where he vacationed with his family and enjoyed his absolute favorite restaurant, J.B.’s Fish Camp. His most memorable trip is one he took to Germany with his dad to trace their ancestry, a subject he always enjoyed talking about.The past few years would find him watching NASCAR or the food network, snacking on doughnuts or enjoying a cold beer under the shade tree on Friday afternoons. His wife, children, their spouses and grandchildren brought him much joy throughout the years.He survived by his wife Suzi; daughters Shannon Fullenkamp of Oldenburg, Stacy Waechter of Hamburg, Libby Werner of Oldenburg; son Mike Waechter and fiancé Kelsie Gillan of Cincinnati, Ohio; sisters Rose Meyer and Marian Smith, both of Batesville, Linda Waechter of Cincinnati; brothers Jim of Portland, Indiana, Alan and John, both of Batesville, Mark of Westport, Indiana; grandchildren Jacob and Eric Fullenkamp, Sam and Ellie Waechter, Brooks and Jed Werner. He was preceded in death by his parents. Visitation is Friday, March 7th, from 4 - 8 p.m. at the funeral home. A service will follow with Jeremy Smith officiating. Funeral services are Saturday, March 8th, at 10:30 a.m., at Holy Family Catholic Church in Oldenburg, with Rev. David Kobak, O.F.M. officiating. The burial will follow in the church cemetery. Memorials may be made to the Hospice of Margaret Mary Health.

The family of Thomas R. Waechter created this Life Tributes page to make it easy to share your memories.

Send flowers to the Waechter family.