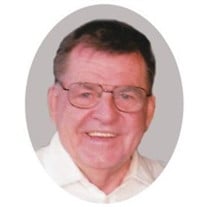 Thomas J. Werner, age 78 of Morris and formerly of Florida, died Saturday, March 10, 2018 at his home.  Born January 20, 1940 in Franklin County Indiana, he is the son of Edna (Nee: Schuck) and Edward Werner.  Tom farmed and worked security for Cummins Engines.  After moving to Florida, he worked as a clerk at Publix.    According to his family, Tom took after his mother.  He was a quiet individual with a green thumb. “He could put a stick in the ground and have it grow into something beautiful.”  While not an avid reader, he did enjoy farming and gardening magazines.  What he liked best was being outdoors and being active.  A good ballplayer, for years he played baseball and softball.  He continued to play after moving to Florida where he joined an over 50 league and was able to play with his brother Jerry. Tom remained a lifelong Reds fan and enjoyed playing cards with family and friends.   He is survived by his daughters Lisa Marksberry of Milan, Amy Prickel of Morris; sons Tom of Napoleon, John of Batesville, Jeff of Sunman, Tony of Batesville; sisters Rosie Lohman of Harrison, Ohio, Alean Saunders of Covington, Kentucky, Mary Grace Bischoff of St. Leon, Indiana, Dottie Gillman of Cincinnati, Ohio; eighteen grandchildren and one great grandchild.  In addition to his parents, he is also preceded in death by sisters Joan Fassler, Bette Oligee; brothers Robert, Ralph, Jerry, James and one great granddaughter.   Visitation is Tuesday, March 13th, from 9 – 11 a.m. at the funeral home.  Funeral services follow at 11:30 a.m. at St. Anthony’s Church with Rev. Shaun Whittington officiating.  Burial will follow in the church cemetery.  The family requests memorials to the St. Anthony’s Cemetery Fund.

The family of Thomas J. Werner created this Life Tributes page to make it easy to share your memories.