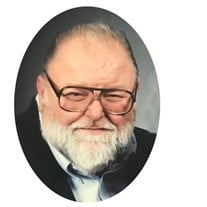 Tiit Koppel, age 80 of Osgood, died June 9, 2021 at Arbor Grove Village in Greensburg. Born November 6, 1940 in Tallinn, Estonia, he is the son of Laine (Toiger) and Rudolf Koppel. He married Kay Decker on August 7, 1971 at St. Louis Church, Batesville, Indiana and she survives. Tiit and his family were displaced by World War II and he spent his childhood in Sweden and Nova Scotia, Canada. Following high school, he spent time in several careers, including a long period working in television production in both Canada and the United States. While working at WGBH in Boston, Massachusetts, Tiit met his wife Kay and the family moved to the Osgood area in 1980. A man of many interests, he enjoyed collecting a variety of cars, parts and items for his multiple projects. He was proud of his Estonian heritage and shared that interest with his children. He was never without a story and opinion (or two) to share with those he met. He is survived by his wife Kay of Osgood, daughter Kata and her fiancé Matthew Golding of Vaudreuil, Quebec, Canada, son Thomas of Osgood; sister Helve Koppel of Halifax, Nova Scotia, Canada; and many nieces and nephews. He was preceded in death by his parents. Visitation will be from 4 – 6 p.m. Friday, June 11th, at funeral Home. A private burial will follow at a later date in the St. Maurice Cemetery in Napoleon. In lieu of flowers, the family requests memorials to be made to the donor’s choice of charity.

The family of Tiit Koppel created this Life Tributes page to make it easy to share your memories.

Send flowers to the Koppel family.