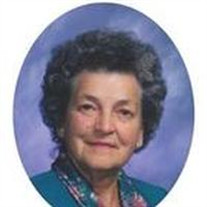 Virginia M. Suding, age 90 of Batesville, died Friday, February 27, 2015 at St. Andrew's Health Campus. Born April 17, 1924, she is the daughter of Anna (Nee: Staud) and Joseph Voegele Sr. She married Charles Suding July 30, 1949 at St. Louis Church and he preceded her in death July 14, 2013. She worked at Batesville Casket Company in Quality Assurance before starting her family and becoming a homemaker. She was a member of St. Louis Church, the Daughters of Isabella, a former St. Louis School PTA member and a Eucharistic Minister. Ginny's interests were many and varied. For years she raised a large garden, canning much of it. She loved fishing and playing horseshoes and was quite good at both. Ginny liked playing cards, especially 500 and belonged to a card club for years. According to her family, she looked forward to attending church picnics, delighted in watching the birds, working crossword puzzles, following the Reds and was an excellent cook who made "killer turtle soup." In later years she and Charlie got the travel bug, with several trips to Alaska and one to Hawaii among their favorites. Coming from a large family, she looked forward to planning the yearly Voegele family reunion just as much as attending it. Her daughters spoke about mom's love of family and her nurturing spirit. She cared for her parents in their later years along with one of her brothers. She relished being able to give of her time and talents, especially to help those close to her. It's often said the kitchen is the most important room in a house, but at the Suding's, the heart of the house was the breezeway. It was there she would sit with Charlie, watch her birds, read the paper, work her crossword puzzles, listen to the Reds, but more importantly, it was where family and friends gathered. She is survived by daughters Cindy Schebler of Anchorage, Alaska, Nancy Hull of Palmer, Alaska, Charlene Dallas and Rita Suding, both of Batesville; son Dwight Suding of Batesville; sister Gertrude Shane of Batesville; brother Tom Voegele of Milroy, Indiana; nine grandchildren and five great grandchildren. In addition to her husband and parents, she is also preceded in death by sister Mary Louise Leinberger and brothers Joseph Jr., Eugene, Austin, John, Peter, Charles, Victor, Hugo and Donald Voegele. Visitation is Tuesday, March 3rd, from 4 - 7 p.m. at the funeral home, with a rosary service at 4 p.m. Funeral services are 10 a.m., Wednesday, March 4th, at St. Louis Church with Rev. Stan Pondo officiating. Burial will follow in the church cemetery. The family requests memorials to Margaret Mary Health Hospice or the Alzheimer's Support Group of Southeastern Indiana.

The family of Virginia M. Suding created this Life Tributes page to make it easy to share your memories.

Send flowers to the Suding family.