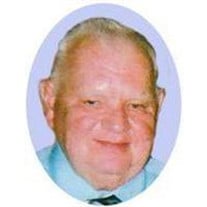 Walker “Ty” Wolff, age 75 of Batesville, died Tuesday, June 6, 2017 at Christ Hospital in Cincinnati. Born November 9, 1941 in Knoxville, Tennessee, he is the son of Iva (Nee: Hatchley) and Edward Wolff. He married Donna Padgett November 2, 1963 in Westport, Indiana. Ty served in the Army between the Korean War and the Vietnam War, where he was stationed in Germany. He was a quality auditor at Batesville Casket Company, retiring in 1999 after 32 years. Ty was an avid golfer, but to the dismay of his son, had recently taken an interest in going to bingo with Donna. There was no doubt though, that family was his true passion. He adored his grandkids and didn’t miss events and functions they were involved in. His daughter fondly remembers Monday lunches with dad. According to his family, Ty was good natured and always wore a smile. Apparently, he was also a bit of a jokester. Some of his interests included NASCAR, early 1940’s Ford pick-ups and traveling. He often spoke about his time spent in Germany while in the service. He is survived by his wife Donna; daughter Tamara Roell of Batesville; son Tim Wolff of Osgood; sisters Jeannie Patton of Cloverdale, Indiana, Peggy Roberts of Orlando, Florida; brother Edward “Ronnie” Wolff of Greensburg and grandchildren Andrew, Duncan, Abigail and Avery Elizabeth. He is preceded in death by his parents. Visitation is Thursday, June 8th, from 4 – 7 p.m. at the funeral home. Funeral services are 10 a.m. Friday, June 9th at St. Louis Church with Rev. Stan Pondo officiating.  Burial will follow in the church cemetery with military graveside rites conducted by the Batesville V.F.W. Post #3183 and the Prell Bland Amercian Legion Post #271.

The family of Walker "Ty" Wolff created this Life Tributes page to make it easy to share your memories.

Send flowers to the Wolff family.