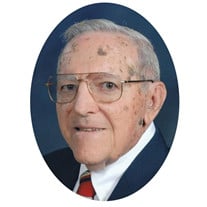 Captain Wallace J. Piepmeier, born May 1, 1928 in Batesville, sailed off into the great beyond on March 21, 2019 at the Shady Nook Care Center in Lawrenceburg. He is the son of Margaretta (Nee: Cook) and Earl Piepmeier. A veteran of the Navy, Wally retired from Neare Gibbs & Company of Cincinnati as Senior Vice-President of their marine insurance division after 30 years. Wally held a United States Coast Guard 100 ton Masters License and was fortunate enough to have navigated most of the western rivers by towboat during his working years. In June of 1980 he was the recipient of the United States Coast Guard’s “Guardian of Western Rivers” award. During his retirement he was Captain of the King Fisher Fleet navigating tours in Punta Gorda, Florida in addition to serving as Captain of the Hide-a-Way Bay Ferry in Placida, Florida. He was National Vice-President of the Ohio Valley Region Propeller Club of the United States as well as a member of its board of governors. Wally was also a member of the O.V.I.A. Inland Waterways Health & Safety Association. In addition to his parents, he is also preceded in death by his beloved wife Norma Jean (Nee: Yates) and daughter Linda Sue Piepmeier. Wally is survived by his sons Charles (Darla) Piepmeier of Aurora, Indiana, John Piepmeier of Port Charlotte, Florida; grandchildren Annetta Parks, Jason Piepmeier, Scott Piepmeier and great grandchildren Cody Pierce, Shelby Pierce, Montana Parks and Wyatt Parks. He was a loving husband and father. Wally was the type of individual that never met a stranger and made friends easily. He was well respected by his co-workers, the river industry and friends. He loved the staff and residents of the Shady Nook Care center and Our Hospice and affectionately referred to Shady Nook as home. He will be missed! Love ya POPS! Wally’s wishes were to be cremated. A brief prayer service and committal service will be held at 11 a.m. at the funeral home on Saturday, March 30th. His cremains will be privately interred at St. Louis Cemetery at a later date. The family requests memorials to the Shady Nook Care Center (36 Valley Drive, Lawrenceburg, IN, 47025) or Our Hospice of South Central Indiana (2626 17th Street, Columbus, IN, 47201).

Captain Wallace J. Piepmeier, born May 1, 1928 in Batesville, sailed off into the great beyond on March 21, 2019 at the Shady Nook Care Center in Lawrenceburg. He is the son of Margaretta (Nee: Cook) and Earl Piepmeier. A veteran of the Navy,... View Obituary & Service Information

The family of Wallace J. Piepmeier created this Life Tributes page to make it easy to share your memories.

Send flowers to the Piepmeier family.